I have had my fair share of car troubles over the years in Ireland. During my first trip, someone hit my rental car in a Kilkenny car park and drove away, leaving me to sort things out with Hertz. After driving over Ballaghbeama Gap last summer in County Kerry, I stalled at the intersection of Lost and The Middle of Nowhere and waited over an hour for a mechanic.  And then there was the time I drove off a County Wicklow road and shredded a tire on the teeth of an old wall. Each incident, while unfortunate and inconvenient, showed me the true hospitality of the Irish people.

Hertz didn’t bill me for the damage caused by the hit and run driver in Kilkenny—and they could have. I hadn’t purchased the rental insurance, and they had placed a $3,000 hold on my credit card to cover accidents.

South of Ballaghbeama Gap, several drivers stopped to make sure I was okay. Even after saying a mechanic was on his way, one couple promised to come back and check on me. The mechanic, who couldn’t have been a day younger than 70 but still as spry as a man half his age, quickly fixed my car and said that if he were 30 years younger he’d continue on with me. Wink, wink. Be still my heart!

But, the time that really sticks out in my mind, the winner of Jolene’s Irish hospitality award, goes to the people of County Wicklow following the shredded tire incident.

It happened in October 2014, hours after renting the car. The first few hours behind the wheel are always nerve-wracking for me as I adjust to being on the “wrong side” of narrow roads and the arbitrary insanity of Irish speed limits. I’d just left the Glendalough monastic ruins and was heading to Archways Bed and Breakfast, a restful oasis in County Wexford known for some culinary magic I was eager to experience.

Because I liked the tactile sensation of holding a map and wanted to save money on GPS, I was trying to look at the map and drive at the same time. Big mistake. A car shot around the corner from the opposite direction and—startled—I swerved, leaving the road. A giant’s teeth snagged my tire and ground it into a meal of rubber and metal before I escaped its gnarled jaw. Back on the asphalt my car limped forward, an amputee.

What on earth did I drive over? The jagged edges of some old wall, concealed in the tall grasses? Dollar signs flashed across my mind and then the panic of, once again, being in the middle of nowhere. My phone didn’t work without wifi, so how would I call anyone for help? How long would it be before the next car drove by?

Fortunately, I looked up and spotted the An Garda Síochána sign. An Irish police station was literally less than 100 yards from where I’d driven off the road! What luck!

Unfortunately, no one was there.

I walked to the house next to the Garda station and knocked on the door. A middle-aged, slightly skeptical woman answered it. After a brief explanation of my predicament, she relaxed and offered to call for help. Why not? She was friends with a mechanic at a shop only a few kilometers away! Being that it was 5 o’clock on a Friday night, she advised me not to get my hopes up—he was likely gone for the day—but less than five minutes later he pulled into the parking lot of the unoccupied Garda station.

“You’re lucky,” he said to me. “I was just locking up the shop when I got the call.”

He didn’t have the correct tire for the car, but he put on the spare—a donut that couldn’t be driven more than 50 miles per hour. I kept trying to pay him for his time, but he refused to accept any money. I wasn’t sure if this was an Irish thing—like, they keep saying no and you keep saying yes until someone finally acquiesces. In the end, he wouldn’t hear of it.

In the meantime, the Guard returned to the station and asked me where I was heading for the evening. He called around Wexford and found a shop that carried the tire I needed and then wrote down the directions and shop hours for me.

I couldn’t thank them enough! One thing I regret is not getting their names and addresses, because I would have loved to have mailed them thank you notes or given them some sort of shout out on my blog. I blame jet-lag and hunger for the oversight, but what I can do is pay it forward to someone else one day.

Driving less than 50 miles per hour all the way to Wexford on the spare wasn’t ideal, but I was treated with the most amazing sunset as I drove through villages along the way and felt pretty good about how things had turned out that day. When I finally reached Archways B&B the owner had another surprise for me. The Guard had called her too, informing her that I’d had a flat tire and that I’d be late to check in. And because she felt so bad about my luck, she and her husband cooked me dinner and served me wine along with the other guests.

And, if you can believe it, the hospitality did not end there! The next morning, Chris, the chef and also one of the owners of the B&B, informed me that he’d called into Wexford and negotiated a re-purposed tire for half the price of the Guard’s tire. 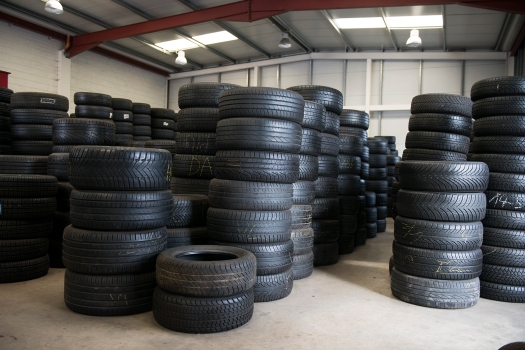 Friends often ask why I keep returning to Ireland when there are so many other places to explore. The answer isn’t found in a pint glass. The answer isn’t in the landscape or anything I can carry home on a memory card (although that’s a big part of it for me). After all that I’ve experienced, the answer is really quite simple: I love Ireland for the people.