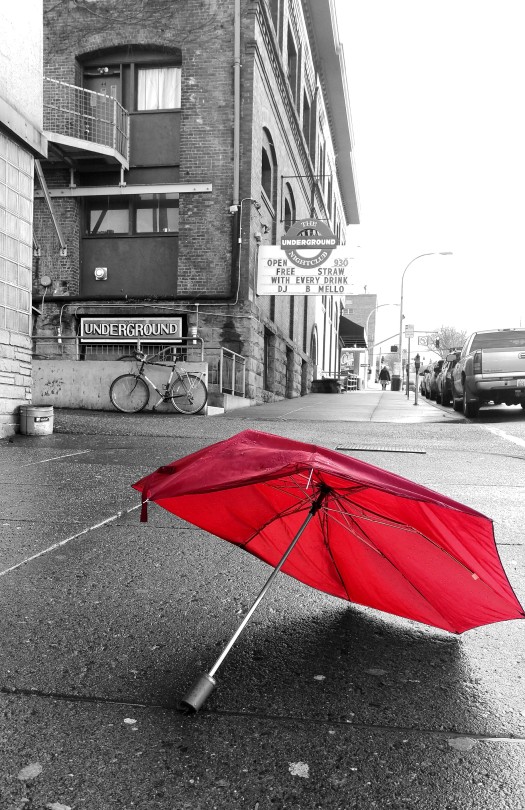 When I went to lunch this afternoon, I found this abandoned umbrella, slightly damaged, lolling in the middle of the sidewalk. Of course, this begged the question – why was it there?

Perhaps the owner went into The Underground, where you get a free straw with every drink. Who could say no to that?!

Or, perhaps the owner was so overjoyed by a brief period of sunshine that she cast off the umbrella and went skipping off down the sidewalk, thinking she’d never need it again? (Sorry to say, a half hour later she did…)

Maybe it was ripped from its owner’s hands by a gust of wind, flying far across Bellingham?

Or, could it be that it is owned by no one? It’s an enchanted umbrella, appearing before a storm to warn residents of an impending downpour. Everyone knows that TRUE Pacific Northwesterners don’t even use umbrellas…

One Reply to “The Red Umbrella Mystery”