2012 was a year of extreme highs and lows, surprises, and good friends. Here are 12 of my most memorable moments from the past year, with pictures!

1. Posing for Trish Harding
I am not exactly what you’d call model material. But, Trish doesn’t care. All shapes and sizes are welcome in her art classes. Dressed in costume, I modeled for half a dozen students as they sketched or painted, and I even earned tips! 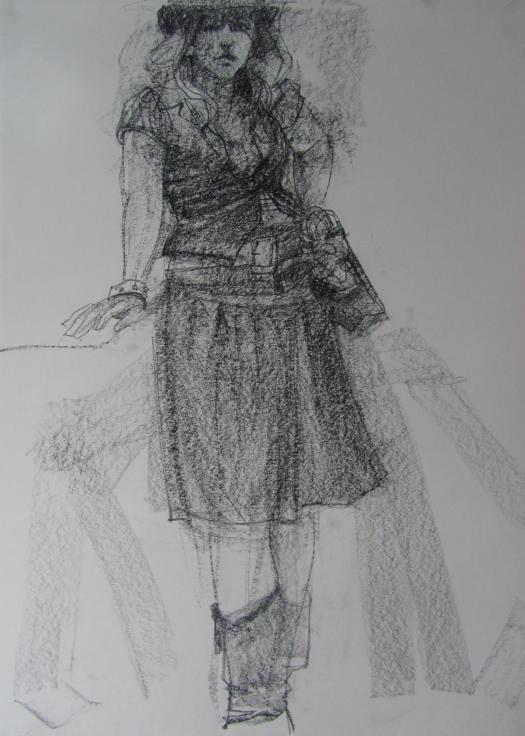 2. The Deck Fire
In March, a house guest who visited from Ireland lit my deck on fire with a cigarette. Then he stuck me with the repair bill. Happy Birthday to Me.

I have since insured every aspect of my life. Unfortunately, there is no insurance for poor decision-making. We simply have to live with the consequences and hope for payment plans.

3. Little Brother
My 35th birthday was probably the worst on record. However, my brother Chris flew out to Seattle from Minnesota in May with his company, and his visit more than made up for it. They booked me a room in the Four Seasons, paid for my fine dining, a cruise around Lake Union, and a flight in the Evening Magazine airplane over Seattle!

4. Horseback riding for the first time
In July, I camped (er, stayed in a cabin with running water and electricity) in Leavenworth. I rode Titan through the steep and treacherous trails of the north Cascades and probably evaded death a couple of times. My horse loved the grass growing on the sides of the cliffs and wasn’t scared to walk right over the edge to get to it. He also liked biting the arses of the horses in front of him. Cheeky bugger.

5. Danger
I had such a great time hanging out with my girlfriends this year, I had to include a shout out to them. Our mantra can be summed up in a fuzzy cell phone photo. I’ll never tell what kind of danger we actually got into…

6. Meeting Jack McGee
I watched every episode of every season of the FX series, Rescue Me. Jack McGee played Chief Jerry Reilly for three seasons, and I loved him! In July, I had the opportunity to meet him at a gala to raise funds for the Burned Children Recovery Foundation and specifically, Camp Phoenix.

7. Ryan Stiles Celebrity Golf Classic
The day after the gala, I volunteered at the Ryan Stiles Celebrity Golf Classic. Again, this event was designed to raise money for the Burned Children Recovery Foundation. I manned hole #9 with Cerise Noah, and took lots and lots of pictures. In 2012, a total of $160,000 was raised for the BCRF and their Camp Phoenix program for childhood burn survivors.

8. NYC Pitch Conference
Even though the New York City Pitch Conference was brutal, I walked away with some dear friends. And, who can beat seeing this in their email inbox?

11. Getting Published
Okay, this won’t official happen until 2013, but I found out in 2012. An essay based on one of my book chapters will be published in the next WhatcomWRITES, Loyalties Anthology. I’ll be reading the essay in early March at Village Books in Bellingham.

12. Reading at Village Books
I completed Laura Kalpakian’s Memory into Memoir class at Western Washington University earlier this year and was honored to read one of the chapters at Village Books. I didn’t complete my memoir while in the class, but Laura and my fellow “Skedgers” continue to give me great feedback that has helped me go from zero to over 250 completed pages. That is my greatest accomplishment for the year. 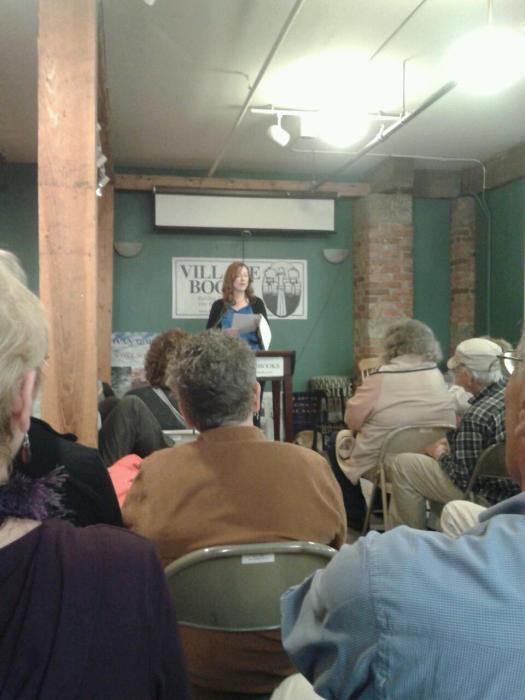