…At Northern State Hospital.  The infamous location was once a mental asylum for the poor, disturbed minds of Western Washington. It’s been said that many unfortunate souls met an untimely demise at the hands of doctors experimenting with lobotomies.  Locals have shared stories of staff workers digging graves on the premises and burying cremated patients in coffee cans.

David and I did not see any old coffee cans or the spirits of any formerly aggressive psych patients wandering about, but we did discover a bunch of rusty, forgotten things that made for some great photos after work last night!

So, today I deviate from my normal Droid photo and am posting a couple of shots from the Canon 40d that David is letting me use until I save up for the Nikon D300 I want.  Aside from a short tutorial on a Nikon D80 on Sunday, I have never really used a DSLR.  That being said, I didn’t get a lot of good photos yesterday because I’m not familiar with the camera yet. 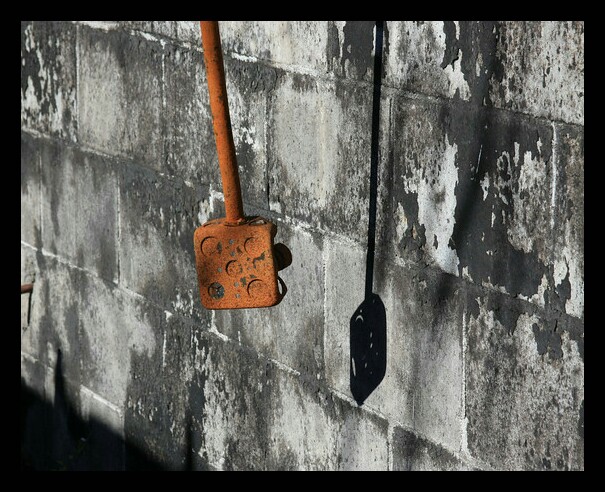 This shot was taken in a burned out room, and the orange, rusted electrical box stands out as though it were photo shopped in to what was otherwise a black and white photo.   I did crop this, but there were no other alterations to it. 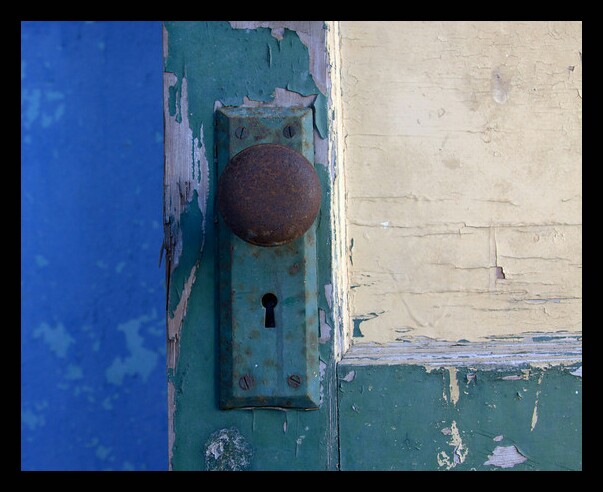 This second shot is of a door I found in an old bathroom (I have a doorknob fetish at the moment).  I like the depth of field between the door and wall.   It took a lot of playing with the aperture and ISO to get this right in the low light.

7 thoughts on “In the Silence They Wait…”